Councillors, council officers and community groups came together on Saturday 22 September to pick up lots of practical information about next steps after a climate emergency has been declared.

The Cumbria Climate Emergency Action Summit, organised by CAfS and sponsored by Ecology Building Society, was designed specifically for everyone grappling with what to actually do after declaring a climate emergency – what actions to take, whether to set up a citizens’ assembly, how to engage the public, what partners to involve. The event aimed to answer those questions, drawing from the experience and knowledge of experts and those who’ve begun the journey.

13-year-old climate campaigner Ada Wood opened the event with the voice of young people, describing the impact that the climate emergency is having on her life now and what she fears for her future.

Councillor Simon Pickering from Stroud District Council explained the actions his council has taken since becoming the first council in Europe to declare itself carbon neutral, back in 2015. Simon, who had an instrumental role to play in driving the council’s actions, as chair of its environment committee, gave lots of practical information and tips on creating an implementation plan.

Pete Bryant, chief executive of Shared Future CIC, shared his expertise in public engagement, including citizens’ assemblies and juries. He gave real-life examples of his work, organising and running engagement forums on a wide range of topics across the UK for the past 15 years.

Paul Allen from the Centre for Alternative Technology set the scene with the national context for actions to tackle climate change. For the past decade, Paul has been coordinating ground-breaking research into how the UK can be zero carbon with technology we already have. His seminal Zero Carbon Britain report is being updated right now, so Paul was able to share the very latest information on what needs to happen nationally and locally.

Hazel Graham from CAfS got everyone thinking about the partnerships they need to build in their districts, to help implement their climate emergency motions. Jaki Bell, also from CAfS, gave a whistlestop tour of planning communications with the public, to engage people in actions to cut emissions, with Henry Goodwin from Sustainable Carlisle outlining the role of campaigning.

Among the highlights of the day was undoubtedly the delicious hot vegan lunch served by Alisdair McKee of JoviAl catering, with support from Sustainable Carlisle.

“Feedback from attendees has been very positive, and we hope the event has given them the practical information they need at this stage, as councils and community groups gear up to implement climate emergency motions in their districts,” said Nigel Jenkins from CAfS, the event organiser and chair.

“We’re very grateful to our sponsor, Ecology Building Society, for helping to make the event possible, and to our very helpful hosts, Cumbria CVS.”

Videos of the main presentations will be available shortly. Please keep an eye on our social media for updates. 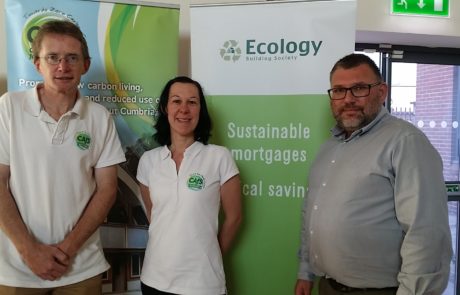 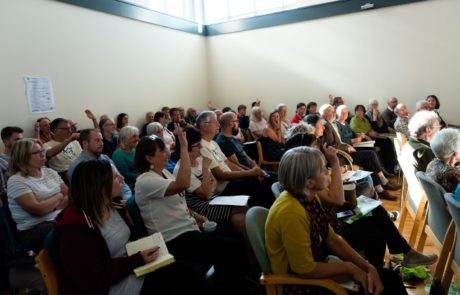 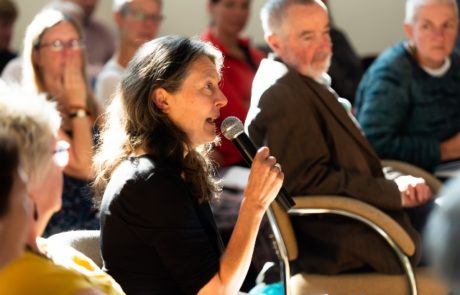 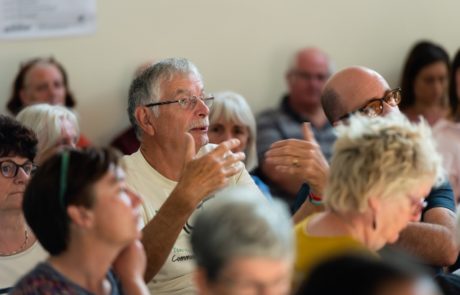 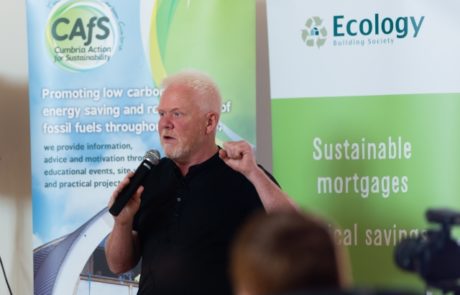